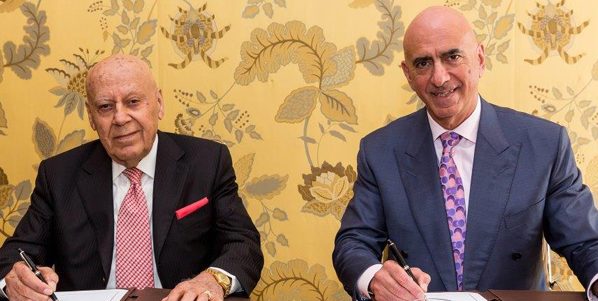 On April 25th 2017, Al Eqbal Real Estate Development and Marriott International announced the expansion of the Ritz-Carlton brand to Amman with the signing of an agreement to establish the Ritz-Carlton hotel and residences at Fifth Circle in Amman.

Expected to be completed in 2020, the Ritz-Carlton Amman will bring new options to guests and residents in the form of luxury suites, restaurants, branded apartments, and a grand ballroom.

The project represents a major element of Marriott International’s plans for expansion in the Middle East market. The company currently represents the broadest portfolio of brands in the Middle East and North Africa, and holds a lucrative position in the eyes of consumers in this region. In Jordan alone, Marriott already operates five hotels, and Marriott’s President and Managing Director for Middle East and North Africa, Alex Kyriakidis, estimates that the company is on track to double its portfolio in the region in the next four years. Already in the works are plans to open properties in Tunis, Tunisia; Ras Al Khaimah, United Arab Emirates; Sharm El Sheikh, Egypt; and in the Moroccan cities of Tamuda Bay, Marrakech and Rabat.

The Ritz Carlton Amman is anticipated to have a positive impact on the Jordanian economy. Notably, the project is an entirely Jordanian investment. Experts estimate that nearly 2,000 jobs will be created in the course of construction and operations, many of which will go to Jordanian youth.

Emad Al Kilani, CEO of Al Eqbal Real Estate Development, noted that the hotel and residences plan to work with both international and Jordanian architects to capture the “authenticity of Jordanian culture with a modern twist.”

K&P corporate partner Khaldoun Nazer led the team advising Al Eqbal Real Estate Development on all hotel management and residential agreements. He commends both parties for their tireless dedication to bringing the project to life saying, “The fact that Jordan is considered to be an integral part of the growth of the Ritz-Carlton brand in the Middle East, and that they established a close partnership with a prominent Jordanian firm, has exciting implications for future development and growth within the country.”

Khalifeh & Partners has an established track record for its lawyers’ work on large-scale real estate deals and other construction projects.